Open19 and the Future of Edge Computing While the topic of edge computing may be familiar, most of us struggle to precisely define it.

Seeking to bring clarity to the edge and what it means for the future of computing, Open19 Foundation members Vapor IO and Packet organized a collaboration of leading companies to develop the State of the Edge Report. According to the report, the edge is a location, not a thing. And while there are many edges, the one we care about today is the edge of the last mile network.

“If you think about it, the last mile network has two edges,” said Matt Trifiro, CMO of Vapor IO, “The device edge and the infrastructure edge.” Compute, storage and networking will exist on both sides, each complementing the other. The two edges combine to deliver low-latency, highly localized applications with all of the power of the cloud. “Without computational power on both sides of the last mile, it’ll be difficult to deliver next-generation applications such as real-time AR/VR, autonomous vehicles and smart city services,” said Trifiro.

The Open19 Foundation predicts an explosion of edge data centers at the edge of the last mile network, including tower-connected data centers that will enable the telco transformation to 5G. Given the focus of Open19’s work, we’ve been able to determine that edge computing is a big part of the future, and Open19 stands apart as the best solution for rapid deployment and servicing — providing a standardized platform for companies of all sizes building this infrastructure.

Open19 member companies working in this space are most concerned with the last-mile network — the final leg of the wireless and wireline networks that deliver services to end-users. As more edge computing devices (cell phones, IoT sensors, smart vehicles, etc.) are developed, additional edge infrastructure will be needed to deliver low-latency cloud services to them; and the more edge cloud we build, the more devices we can support, and so on.

The Standardized Truck Roll and Open19

According to Trifiro, deploying, replacing and repairing IT equipment in thousands of micro data centers in edge locations carries a very different set of challenges than doing the same for traditional hyperscale data centers. The centralized locations of centralized cloud data centers makes it efficient to keep equipment on hand and quickly swap or service components.

Edge locations are different. A “truck roll” (industry slang for sending service personnel to a site) is an expensive necessity for edge locations. Edge sites are, by definition, distributed throughout a metropolitan region, often located miles apart, sometimes at the end of a dirt road. “The logistical challenges of deploying and replacing equipment can be nearly insurmountable,” Trifiro says.

By offering a completely standardized and interchangeable sled, Open19 makes it easy for a technician to show up at an edge location and swap a chassis in minutes. By deploying Open19 in edge locations, data center owners can benefit from the efficiencies of a standardized truck roll with a standardized inventory on a truck or in the local warehouse. A technician can easily pull an Open19 chassis out of the warehouse, put it on the truck, drive to the site location, and quickly pull and replace the rack. Open19 reduces the high cost of truck rolls and provides new efficiencies to remote edge locations, Trifiro says.

What are Open19 Members Doing at the Edge?

Because it’s extremely cost-prohibitive for telecommunications companies to build their own data centers, Vapor IO is building a shared infrastructure that makes it easier for telcos to virtualize their networks. This will allow multiple carriers to share the same IT infrastructure at the base of the cell tower, including the rack space, cooling system, generators and networking.

Open19 Foundation member, Packet, sees Open19 as an critical tool for making edge computing both operationally practical and economically feasible. “The challenge of putting diverse computing resources at the edge requires a new and efficient delivery model; Open19 is certainly leading the way,” notes Jacob  Smith, co-founder and CMO at Packet. In fact, Packet and Vapor IO are collaborating to bring Open19 to Chicago, IL this year, as they build the first Kinetic Edge city.

According to the Edge Landscape Map, other Open19 members that are developing solutions for edge computing include Mellanox, Crown Castle, Flex, Delta, APC, HPE, Inspur. We’re excited to see the growth in the edge landscape as companies continue to adopt the Open19 Platform.

Would your company like to join the Open19 community? Learn More & Become a Member

The new way to build data centers.
Open platform that can fit any 19” rack environment for servers, storage and networking. 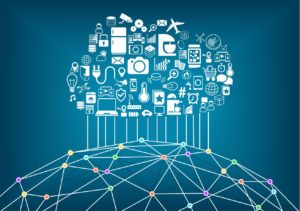 Send us an email! info@open19.org